Day 1 – Arrive in Shanghai, China. Welcome to China’s most populous city and center of trade and industry. Hotel rooms are available for mid-afternoon check-in.

Day 2 – Shanghai. Your sightseeing starts at the YU YUAN GARDENS, dating back to the Ming Dynasty. Then, stroll along the Bund, the city’s riverfront boulevard lined with historic buildings, housing, banks, and trade houses. For lunch, a traditional DIM SUM feast awaits. Meaning “to touch your heart,” dim sum was originally just a snack but has transformed over time to a full meal consisting of a wide variety of steamed dumplings, spring rolls, and more. Afterward, enjoy time at your leisure. This evening, meet your traveling companions for a welcome dinner followed by a spectacular ACROBATIC SHOW. 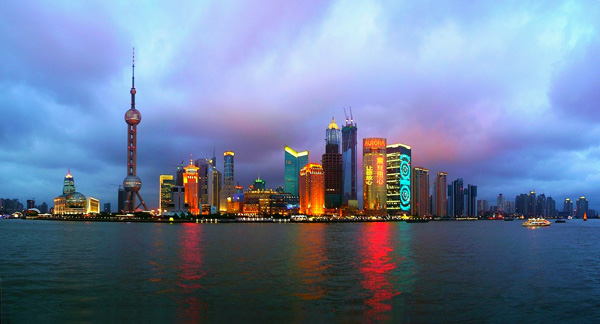 Day 3 – Shanghai – Yichang (Embarkation) – Yangtze River Cruise. Start today with a visit to the SHANGHAI MUSEUM, featuring stunning displays of ancient bronze, jade, and ceramics. Also stop at a SILK FACTORY before flying to Yichang. Board the Century Legend for a 4-night CRUISE through the breathtaking Three Gorges of the Yangtze. Join your traveling companions for a PRIVATE WELCOME RECEPTION including cocktails and snacks. 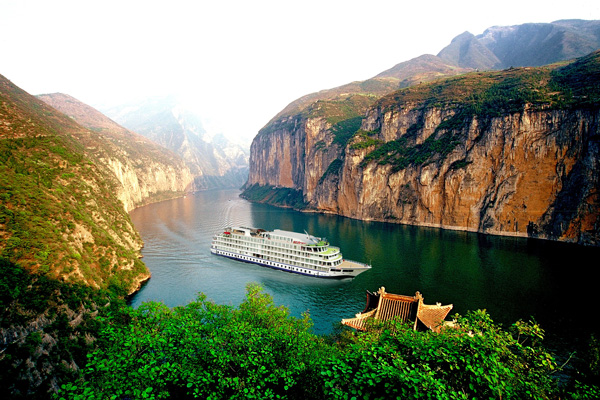 Day 4 – Cruising: Xiling Gorge – Three Gorges Dam Site. This morning, perhaps wake up early for a Tai Chi session on the Sun Deck. Later, cruise through the Xiling Gorge, the first of the Three Gorges. Then, visit the THREE GORGES DAM SITE, the largest dam of its kind in the world. After lunch, sail through the Three Gorges ship locks, and enjoy time at your leisure on the ship. Maybe take a swim in the pool or simply enjoy the passing scenery. This evening, the Captain hosts a welcome party followed by dinner and a special performance by the ship’s crew.

Day 5 – Cruising: Wu Gorge – Shennong Stream – Qutang Gorge. This morning, sail upstream through the second of the three gorges”Wu, known for its quiet beauty and forest-covered mountains. You can nearly touch the perpendicular walls rising from the riverbanks as your Captain negotiates this narrow gap. Then, disembark for a BOAT EXCURSION down the Shennong Stream. Along the way, see four natural gorges and the mysterious hanging wooden coffins. Before returning to your ship you will also take a SAMPAN RIDE on a smaller section of the stream, where the sampan crew will sing songs as you glide across the stunning deep emerald-green waters surrounded by densely forested hills. After a late lunch on the ship, sail through Qutang Gorge, the shortest but most dramatic gorge and the last of the famed three gorges. The remainder of the afternoon is at your leisure. You may choose to take an optional shore excursion to Baidi Cheng, known as the “White Emperor City,” to see the Baidi Temple. 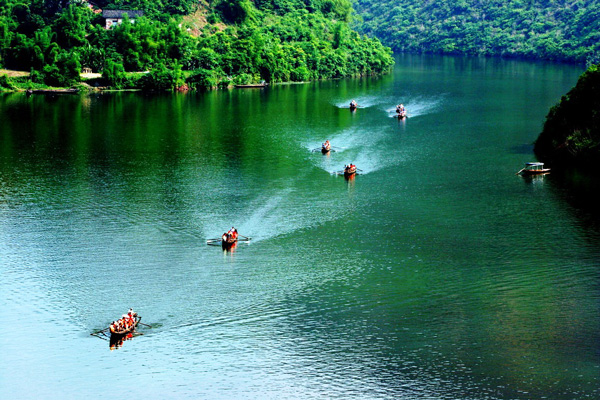 NOTE: Depending on river conditions, the boat excursion may be on the Daning River.

Day 6 – Cruising: Shibaozhai. After breakfast, take a WALKING TOUR of Shibaozhai with its 400-year-old, 12-story red wooden pagoda perched high on a cliff side. After lunch, the afternoon is at your leisure to enjoy the ship and its many amenities. This evening, join the Captain for a special Chinese-style farewell banquet. 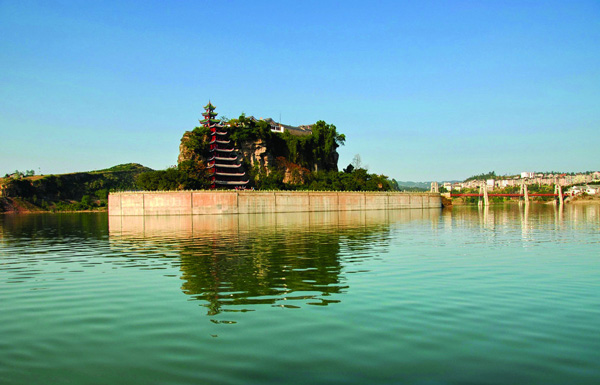 NOTE: Depending on river conditions, an alternate shore excursion may be offered.

Day 7 – Cruising: Chongqing (Disembarkation) – Lhasa, Tibet. After breakfast, bid farewell to your ship’s crew in Chongqing, China’s capital during World War II. The city sits high on a hill overlooking the Jialing and Yangtze Rivers. Visit a local ZOO to see pandas before boarding your flight to the holy city of Lhasa, capital of the mystical Buddhist kingdom of Tibet. The rest of the day is free to rest and adjust to the 14,000-foot altitude. 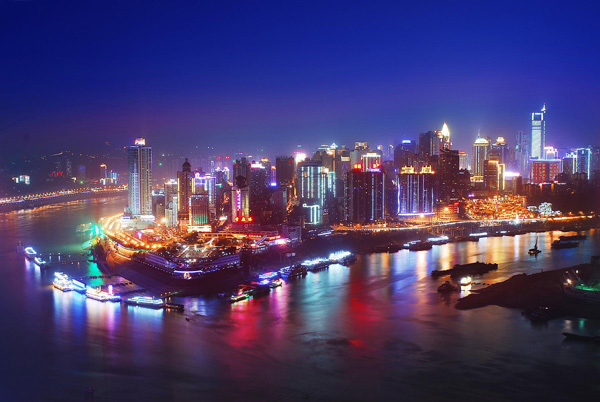 Day 8 – Lhasa. This morning, take a brief city tour, then visit the SUMMER PALACE of the Dalai Lama, featuring the largest man-made garden in Tibet. Next, take a special trip to a TIBETAN’S HOME that includes lunch before visiting a typical TIBETAN MONASTERY. The final stop today is a TIBETAN HOSPITAL, where you will learn about traditional Tibetan medicine and therapy. 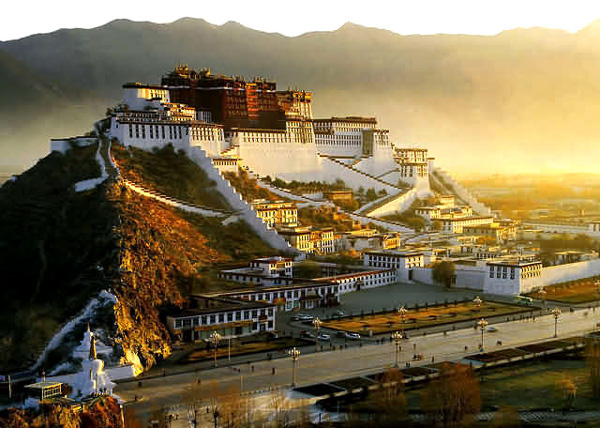 Day 9 – Lhasa. Today, visit the imposing POTALA PALACE, once the center of the Tibetan government and the former winter residence of the Dalai Lama. Also visit one of Tibet’s oldest shrines, JOKHANG TEMPLE, then spend time in the local BAZAAR. The rest of the day is at your leisure. Tonight, venture out to a local restaurant for dinner and a CULTURAL SHOW featuring traditional Tibetan music and dance.

Day 11 – Xi’an. One of the largest and wealthiest cities in the world when China dominated the silk trade, Xi’an today is an archaeological treasure trove. Sightseeing begins with the nearby DAYAN PAGODA, built in 652 AD. Next, visit the enormous tomb of China’s first emperor, Qin Shi Huangdi, accidentally discovered by local farmers in 1974. Marvel at the legion of TERRACOTTA WARRIORS that has been guarding the burial site for 2,000 years. You will also enter the VIP VIEWING AREA for an up-close view of these life-size statues. During lunch, enjoy a NOODLE-MAKING DEMONSTRATION by a master chef and learn how Chinese noodles are made by hand. Then, visit the Xi’an City Wall South Gate and learn to write like a local during a traditional Chinese CALLIGRAPHY CLASS.

Day 12 – Xi’an – Beijing. Today, fly to Beijing, China’s capital city. Enjoy a rickshaw ride through one of Beijing’s HUTONGS, the city’s ancient alleys. Experience life in this historic neighborhood as you are invited into the courtyard of a family’s home for tea.

Day 13 – Beijing. Your full-day sightseeing starts with a visit to the FORBIDDEN CITY and its IMPERIAL PALACE, once the home of China’s great emperors. Nearby is 100-acre TIAN’ANMEN SQUARE, the largest public square in the world. Enjoy lunch in a local restaurant and continue to the former SUMMER PALACE, a complex of pavilions, temples, and galleries set among beautifully landscaped grounds and situated on Kunming Lake. Tonight, attend a performance of the PEKING OPERA, a traditional form of Chinese theater including a behind-the-scenes look at the colorful make-up being applied to the performers. Alternatively, you may choose to attend the LEGEND OF KUNG FU SHOW. Here the performers use a fusion of kung fu, dance, and acrobatics to tell the story of a monk who studies Buddhism and kung fu his whole life and eventually becomes a Zen master. 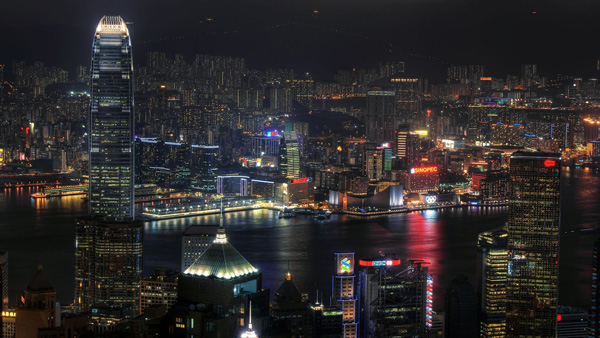 Day 14 – Beijing. The GREAT WALL OF CHINA once stretched 4,000 miles across China’s barren northern terrain from the Bohai Sea to the Gobi Desert. Head north to a village where the Great Wall is well preserved and walk along the wall to enjoy sweeping vistas of this mammoth fortress. Then, visit a CLOISONNÉ WORKSHOP and see local artisans use the techniques of this ancient art form to turn pieces of copper into colorful decorative items. After lunch in a local restaurant, take a leisurely walk down the SACRED WAY of the Ming Tombs and marvel at the impressive hand-carved stone statues. This evening is the perfect finale to a great touring adventure as you’re hosted to a special PEKING DUCK FAREWELL DINNER in a local restaurant.

Day 15 – Beijing. Your vacation ends with breakfast this morning.