History
Explored and claimed by Columbus on his first voyage on December 5th, 1492, the island of Quisqueya, named by Columbus as La Hispaniola, became a springboard for Spanish conquest of the Caribbean and the American mainland.

The island was first inhabited by the Taínos and Caribes. The first ones were very friendly and the second were cannibals, an Arawakan-speaking people who had arrived around 10,000 BC. Within a few short years following the arrival of European explorers, the population of Tainos had significantly been reduced by the Spanish conquerors. Based on Fray Bartolomé de las Casas (Tratado de las Indias) between 1492 and 1498 the Spanish conquerors killed around 100,000 Taínos.

In 1606, the King of Spain ordered the depopulation of the west part of the island due to high rates of piracy and smuggling. That measure was the cause of French invasion and, after that, the rise of the Republic of Haiti.

In 1697, Spain recognized French dominion over the western third of the island, which in 1804 became Haiti. The remainder of the island, by then known as Santo Domingo, sought to gain its own independence in 1821, but was conquered and ruled by the Haitians for 22 years; it finally attained independence as the Dominican Republic in 1844.

A legacy of unsettled, mostly non-representative, rule for much of its subsequent history was brought to an end in 1966 when Joaquin Balaguer became president. He maintained a tight grip on power for most of the next 30 years when international reaction to flawed elections forced him to curtail his term in 1996. Since then, regular competitive elections have been held in which opposition candidates have won the presidency. The Dominican economy has had one of the fastest growth rates in the hemisphere.

Climate
Tropical maritime with little seasonal temperature variation. There is a seasonal variation in rainfall. The island lies in the middle of the hurricane belt and is subject to severe storms from June to October. It experiences occasional flooding and periodic droughts.

One of the best spots in the Colonial District of Santo Domingo to shop is the several blocks long outdoor mall, El Conde Street. It offers everything from street vendors (it is not recommended to eat off these) to knock-off name brand clothing for extremely inexpensive prices. There are some very pleasant outdoor restaurants that serve as perfect spots to people watch and drink Presidente (their most popular beer).

During the day, there are also several touristy shops where you can buy cheap presents for the family back home including authentic paintings and beautiful jewelry. There is also a very nice cigar shop at the end of the mall across from the cathedral. Clothes, however, are generally very economical and often of good quality. Most prices can be negotiated. US dollars are accepted in most areas.

Additionally, other imported drinks are available for purchase–at least in the towns and cities–they might not be as readily available out in the countryside.

Do not drink tap water! Locals, even in the most rural areas, will either boil their water or purchase bottled water. Eating salads or other food that may be washed in tap water is not advisable. Ice is a bad idea as well, except in luxury hotels and restaurants (which produce ice from bottled water). If you plan on cooking or washing dishes for longer stays, it is a good idea to rinse everything with bottled or boiled water before use. In every community, there will be one or more colmados (the same as what are called bodegas in Puerto Rico) where you can buy small amounts of everything. Water is sold in bottles at 15 pesos and up, but it is also sold in plastic bags (fundas) at 2 for 5 pesos, much cheaper and with less plastic trash. If you stay in a room with a kitchenette, you can buy water for around 50 pesos for a 40 liter (huge) jug. Many hotels will refill your water bottle, though probably not the expensive ones. Beer and rum are sold by everyone, everywhere.

Eat
Food in the Dominican Republic is typical Caribbean fare, with lots of tropical fruits, rice, beans, and seafood. Most restaurant meals will cost an additional 16% tax plus 10% service: for very good service, it is customary to leave an additional 10%.

Stay safe
The Dominican Republic is generally a safe country. Although the major cities of Santo Domingo and Santiago have experienced the growth of a thriving middle class, construction booms and reached a high level of cosmopolitanism, the Dominican Republic remains a third world country and poverty is still rampant so you need to take common sense precautions:

Malaria can be a rare issue around rainforests if travelers don’t take protective measures such as repellents against mosquito bites. No cases have been reported over the past 8 years within the tourist areas. Be sure to consult with a physician before departure. The US “Centers for Disease Control and Prevention” (CDC) also have recommendations for vaccines and other tips for staying healthy when travelling in the Dominican Republic.

There is a risk of dengue fever which is contracted through mosquitoes that bite during the day and during some seasons of the year. No vaccine is available, so again using mosquito repellent is advisable.

Many of the local foods are safe to eat including the meats, fruits, and vegetables.

Visitors, however, should not drink any of the local water and should stay with bottled water or other beverages. It is important for visitors to stay hydrated in the hot, humid climate.

Sunburn and sun poisoning are a great risk. The sun is very bright here. Use at least SPF30 sunblock. Limit sun exposure.

The country’s adult HIV/AIDS prevalence is reaching 2.0% or 1 in 50 adults, which is almost 3 times higher than the USA. If you engage in a sexual relationship, always use protection. 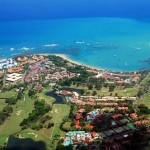 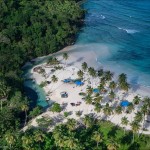 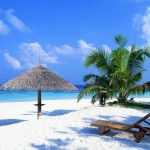 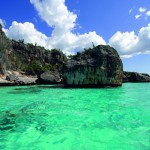 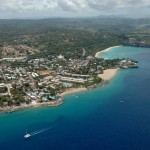