New York City Tour Guide, New York City has been named many times. The first name, Mannahatta, or Manhattan, was given by the American Indians. When the Dutch moved in, it was called New Amsterdam. 1664 was the first time it was called New York by British settlers. Around the 1920’s, New York was called the Big Apple by actors and musicians. In 1971, the nickname gained publicity when used to enhance tourism. Manhattan is an island 13.4 miles long and 2.3 miles at its widest. Finding your way is simple as roads are laid out in a grid pattern above 14th Street. Avenues run North to South, and streets run East to West. One-way 5th Avenue marks the dividing line of the East and West side. Below 14th Street, use map, as this area was built on before the grid pattern was established.

Harlem / Upper Manhattan
A crossroads for people from all over the world, Harlem/Upper Manhattan boasts unparalleled historical and cultural attractions that represent a virtual microcosm of America – both today and yesterday. Over 40 sites in Upper Manhattan are designated landmarks of New York City and six historic districts fall within its boundaries.

Upper West Side
This lively neighborhood includes some of the finest shopping and dining in New York. Lincoln Center offers headline cultural events and houses the Metropolitan Opera and the New York City Ballet. The American Museum of Natural History, the statue of Christopher Columbus located at Columbus Circle, and the Hayden Planetarium, offering 3-D laser shows, are all nearby.

Upper East Side
Some of the most fashionable shops in the world, galleries, restaurants, and hotels line Madison Avenue near German Yorkville, centered at 86th and Third Avenue. Many of New York’s finest museums, including the Solomon R. Guggenheim and the Metropolitan Museum of Art grace “Museum Mile,” located at 5th Avenue from East 70th to East 104th Street.

5th & Madison Avenue
This area including Central Park, home of summer concerts and winter sleigh rides, was developed after the Civil War. Today, 5th Avenue and 57th Street are dotted with exclusive high–fashion boutiques and antique shops. Visitors can enjoy a relaxing horse-drawn carriage ride around the area as New Yorkers did in the past. St. Thomas’ Church, with its magnificent interior carvings, and the Museum of Modern Art, which has one of the finest collections in the world, are must-see attractions. St. Patrick’s Cathedral, the largest Catholic church in the United States, and the Trump Tower, home of glitzy shops and boutiques, are also located here.

Times Square
Times Square is located between Broadway & West 42nd Street. Times Square owes its name to the New York Times, which in 1904 moved into the Times Tower, at the south end of the Square. This is New York’s tourist mecca, full of busloads of visitors gasping at the glittering acres of overhead neon. Times Square is famous for its New Year’s celebration as well as its dazzling Broadway Theaters.

Midtown
Midtown is famous for its New Year’s celebration at Times Square, as well as its dazzling Broadway Theaters. Midtown is also the location of some of the most spectacular buildings in New York. Among these are the Chrysler Building, once the world’s tallest skyscraper before being surpassed by the Empire State Building; Citicorp Center with its dramatic wedge-shaped headquarters, Grand Central Station, the General Electric Building with its distinctive crown, the United Nations headquarters, New York’s Public Library, and Murray Hill, one of New York’s most prized residential areas. Nearby is Kip’s Bay, where the British landed to battle George Washington’s troops during the Revolutionary War, and Beekman Place, an exclusive res- idence for the rich and famous. Be sure to visit the “Intrepid,” a floating World War II carrier converted into a Sea-Air-Space Museum, located at Pier 86. Don’t miss the All Access Tour at the world’s most famous arena – Madison Square Garden.

Greenwich Village, Chelsea, Soho, & Little Italy A mecca for artists, musicians, writers and actors, “The Village” teems with creativity and nightlife and has been home to famous authors, painters and playwrights for decades. Along with quaint streets, chic cafes, fashionable shops and elegant homes, landmarks include New York University, the Forbes Magazine Building and the Washington Mews. SoHo, meaning “South of Houston,” features art galleries and the largest collection of cast-iron architecture in the world, located between West Houston and Canal Streets. Cafes and shops abound. A favorite weekend pastime for a New Yorker is to brunch and browse in SoHo. Chelsea, named after its London counterpart, is a dynamic neighborhood with distinctive restaurants, theaters and clothing stores. Little Italy, Mulberry-to-Mott north of Canal, was populated by Italian immigrants in the late 19th century. Restaurants and bakeries, as well as Old World ambience abound.

Theatre District
World-renowned Broadway lights up with over 50 official theatres located between 40th and 57th streets, 6th and 8th avenues. Lucky is the visitor who has the opportunity to experience a Broadway theatre production. Divided into three categories, the theatre goer can sample large-scale productions with big-name movie stars in leading roles on “Broadway”; modest-size productions offering considerable variations, often superior in quality, on “Off Broadway”; and a pleasant selection of innovative and daring productions, as well as traditional plays, generally held in smaller surroundings on “Off- Off Broadway.” For information about Broadway shows and tickets, call Americana Tickets at 212-581-6660; Broadway Theatre Tickets at 212-944-8910, Telecharge at 212-239-6200, or ask your hotel concierge for assistance.

Downtown
A magnificent square mile of narrow winding streets and skyscraper canyons, Downtown New York is the only place where you can stroll along the waterfront, see historical attractions, marvel at monumental architecture, share a romantic dinner, or take a harbor cruise. Discover our national heritage at world-class museums or walk along Wall Street and see the New York Stock Exchange in action. Easy to reach by subway, bus, or taxi.

Queens
A visit to Queens is like a world tour. Queens, originally a handful of towns, has evolved as a patchwork of foreign cities. It is today’s destination for the thousands of immigrants that still come here. Queens County was named after Queen Catherine, Charles II’s wife. It joined New york as a borough in 1898. The Queensboro Bridge was built in 1909 and Queens became a residential satellite of Manhattan. 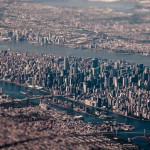 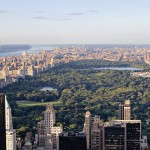 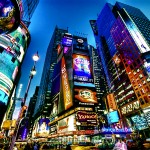 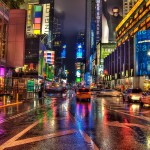 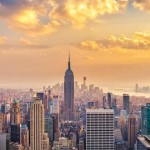 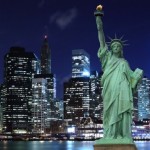 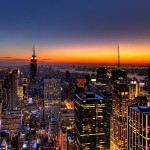 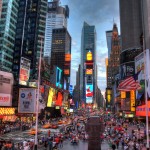