Safari from the balloon, One of the best ways to take in the scenery while on safari is from above. At the Four Seasons Safari Lodge Serengeti Tanzania, guests can sign up for a sunrise hot-air balloon flight over the Serengeti. The flight lasts about an hour, and once it’s over, guests can enjoy a Champagne breakfast in the bush. 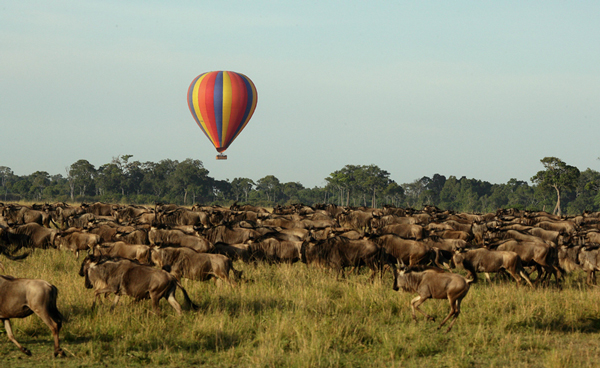 Where: Tanzania
Insider Tip: Don’t miss the hotel’s Discovery Centre. It’s a combination museum and lecture hall, where guests can learn about the wildlife, people and history of the Serengeti.

Migration of the Bats Safari, Mention that you’re heading to Africa to see the migration, and most people will assume you’re talking about wildebeests. But Robin Pope Safaris offers an insider’s look at a very different creature on the move: the bat. Each fall, around 10 million fruit bats descend on Kasanka National Park in Zambia, as the fruit on local trees ripens. It is the largest mammal migration in the world: There are so many bats that their flapping wings can darken the Zambian sky. 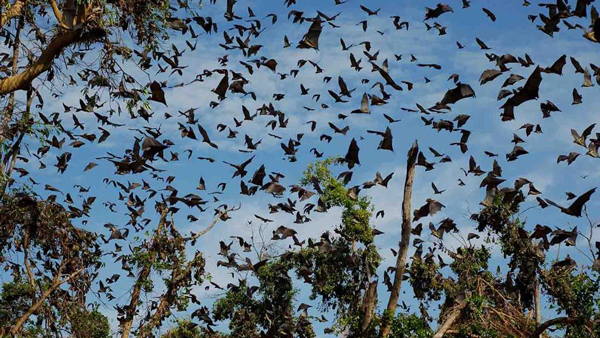 Where: Zambia
Insider Tip: Checked off bats and wildebeests from your bucket list? Another impressive migration is the annual Monarch butterfly migration in Mexico’s central highlands. Each year, around 60 million butterflies fly to this area.

Golfer’s Safari, Golf fanatics don’t have to worry about leaving their irons behind when they go on safari. South Africa is a great destination for a game of golf with the added bonus of wildlife sightings. Great Safaris can help organize a game at Leopard Creek Country Club, near the Crocodile River on the southern border of Kruger National Park. Another option is the Skukuza Golf Course, the only golf course located inside Kruger. A lion once killed a buffalo here on the first green. 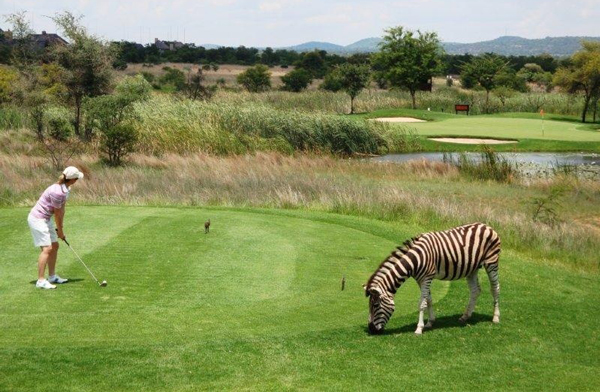 Where: South Africa
Insider Tip: Be wary of baboons on the course, as they have been known to pick up golf balls on the fairway and ruin scores. Also look out for indentations on the greens left by wandering giraffes.

Safari on a Quad Bike, Most people assume the only way to get around on a safari is by open-top Land Rover. But for a more hands-on approach, consider a quad bike safari. Cheli & Peacock Safaris offers bike trips into the unexplored territories of the Northern Frontier in Kenya. Travelers might spot Grévy’s zebra, reticulated giraffes as well as elephants, buffalo, and Somali ostriches. 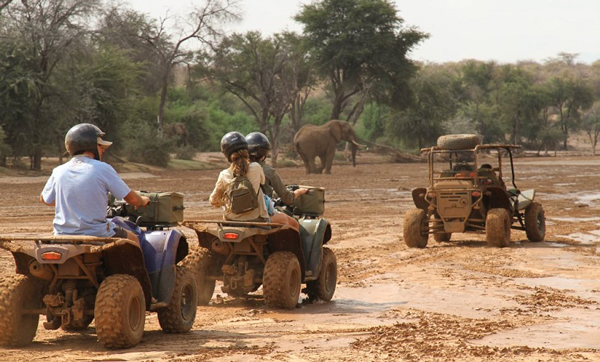 Where: Kenya
Insider Tip: No need to worry about tearing up the land. The quad bikes follow old game trails, so your wheel marks won’t disturb the natural environment.

Gorilla Lover’s Safari, A safari doesn’t have to be limited to the big five: Luxury tour company Cox & Kings can organize gorilla viewing safaris in Rwanda as well as Uganda. Intrepid travelers can see endangered mountain gorillas in southern Uganda’s Bwindi Impenetrable Forest, which is home to a dense jungle. Or head to Rwanda to catch a glimpse of mountain gorillas on the volcanic slopes of the Virungas. 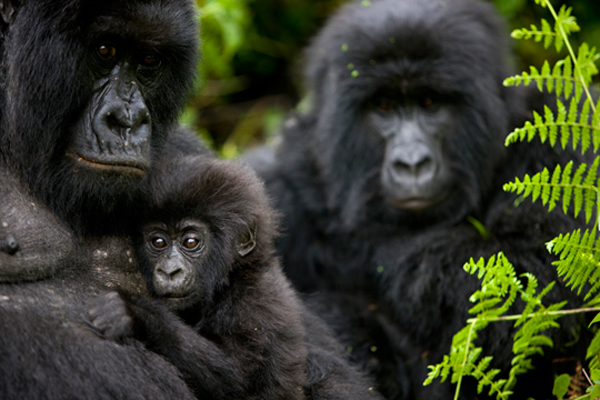 Safari on Foot, If the thought of sitting in a safari vehicle for hours at a time gives you restless legs, consider a walking safari. UK-based safari specialists Sally and Alice can organize a Zambian walking safari with Norman Carr Safaris. Carr was a pioneer of the walking safari, and the “week on the wild side” itinerary allows guests to move between three of  the company’s traditional bush camps, which are located near the game-rich wilderness areas of the South Luangwa National Park. With the help of your guide, you can track big game on foot and take in all the sights of the bush, all with the added bonus of burning more calories than you would sitting in a 4×4. 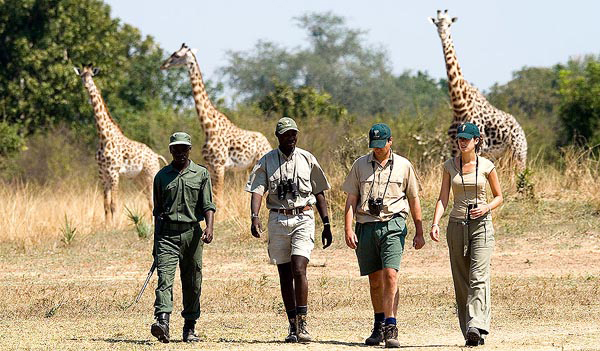 Where: Zambia
Insider Tip: Finish your safari by spending a few nights in Zambia’s newest luxury lodge, Chinzombo, which was designed by the South African architects Silvio Rech and Lesley Carstens, who were also behind the plan for the iconic North Island in the Seychelles.

Self-Drive Safari, Travelers looking for an independent safari experience—but with a little help on hand—can try Belmond’s self-drive safari in Botswana. Here’s how it works: Guests drive themselves in a Toyota Land Cruiser through the wilderness and deserts of Northern Botswana to reach the Belmond Khwai River Lodge in Chobe National Park. Two experts, a safari guide and an animal finder, accompany travelers in the vehicle to offer assistance when needed.

Where: Botswana
Insider Tip: Guests receive maps with different routes to reach their destination. They can wind their way to Baobab Hill to see the bushman paintings near the Savute Marsh, or opt for a game drive through the twilit evening.

Safari in a Kayak, Most people don’t think of Africa as a kayaking destination, but it can be thanks to Infinite Safari Adventures. (This boutique safari company is the only one in Tanzania that offers kayaking as a safari extension.) Guests will travel to the remote Fish Eagle Point, which has only one lodge located on a private bay, and base themselves there for several days of kayaking in the coastal waters of the Indian Ocean. Itineraries are flexible, but guests can kayak to local villages, down quiet mangrove tributaries, or to sand islands that appear only at low tide.

Where: Tanzania
Insider Tip: The kayaking tour is added on to a safari, so the best times to go depend on the season and what you want to see. September–October is a prime time for the great wildebeest migration.

Conservationist’s Safari, One of most valuable things that travelers can do on safari is roll up their sleeves and give back, especially when it comes to conservation. For one of the best experiences, Sally & Alice can organize a stay at Namibia’s recently renovated Desert Rhino Camp, where guests work alongside the Save the Rhino Trust team who are based at the camp. Travelers venture out with the team on daily research expeditions, and can even help them track rhinoceros on foot. 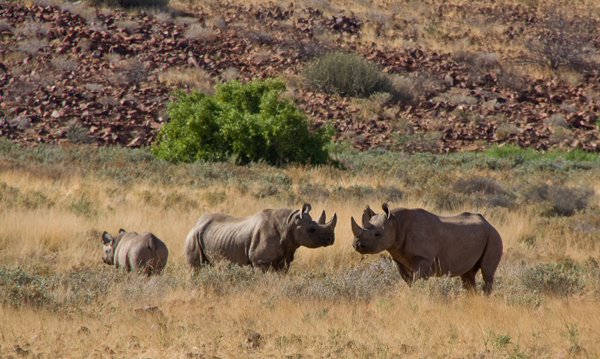 Where: Namibia
Insider Tip: Save the Rhino Trust (SRT) is almost single-handedly responsible for the preservation of the desert-adapted black rhinoceros in the area.

Safari on Horseback, Imagine galloping alongside zebra over the plains of Africa, with sun in your face and wind in your hair. Luxury tour operator Asia to Africa can make it happen. The company offers half-day and full-day horseback safaris in Kenya and Botswana. A typical day includes four to seven hours in the saddle. In Botswana, guests travel on horseback through the Okavango Delta. In Kenya, they ride from the dry lakebeds of Amboseli in the east to the Chyulu Hills in the west—with a view of Mount Kilimanjaroin the distance. 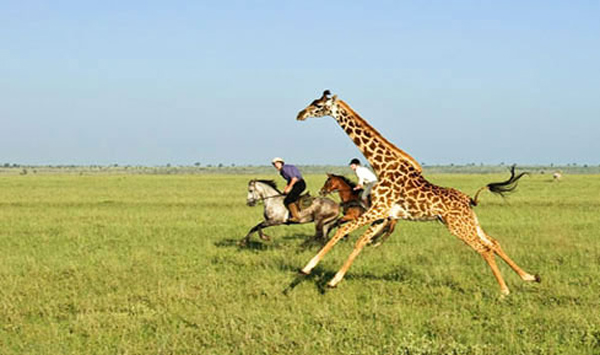 Where: Kenya and Botswana
Insider Tip: Horses aren’t the only animals of choice for a safari. Asia to Africa also offers guests the chance to ride atop elephants through the bush in Botswana, or journey through Kenya on the backs of camels.