Top five volcanic travel, The ash cloud of Eyjafallajökull caused serious havoc to travellers on and after 14 April last year. This Icelandic volcano is now open to visitors and offers a variety of activities including jeep tours, helicopter tours and volcano hikes. And there are lots of other volcanoes worth a visit – check out these lava-filled locations.

The Ruapehu, Tongariro and Ngauruhoe volcanoes are all located within this national park. The park acts as a World Heritage site for its natural and cultural significance, but there are also a number of possible activities throughout. The Whakapapa and Turoa ski resorts are both situated on the slopes of Ruapehu.

When the snow is melted, the crater lake at the top of Ruapehu makes the hike up worth while, as it provides breathtaking scenery. There’s a system of huts and tracks throughout the area that make more casual walks and picnics equally enjoyable. 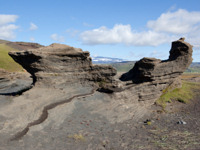 The ash cloud of Eyjafallajökull caused serious havoc to the travel business on 14 April last year, but it’s now open to visitors. Jeep tours, helicopter tours and volcano hikes allow travelers to get close to the now dormant volcano.

Be sure to see the famous Sejalandsfoss waterfall nearby, where the really adventurous kind can take a walk behind the pounding waterfall. Þingvellir National Park, a UNESCO World Heritage site, is also closeby and offers particularly scenic horseback riding opportunities. 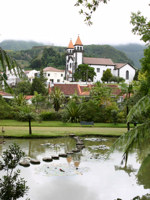 Furnas offers an ironic environment, as it’s alive with volcanic activity, but is also the source of many spa treatments. It’s the areas steaming geysers and hot bubbling springs that provide therapeutic mud and mineral water for spa treatments.

If you’re looking to relax, visit Praque Terra Nostra on the western side of Lake Furnas. Within this park, there’s a thermal swimming pool among a variety of exotic plants. If you’re hungry move to the opposite side of the lake. This is where natural hot springs are used as ovens. It’s traditional for islanders to boil a meat and vegetable stew, known as cozido, in huge pots placed underground for up to seven hours. 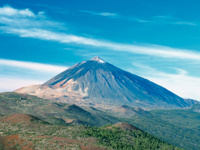 At 3.7m (12 ft), Mt Teide rises above an enormous volcanic crater as the highest mountain in Spain. The national park surrounding the volcano offers vastly diverse wilderness with everything from volcanic rock formations to pine forests and wildflower fields. Hiking trails run throughout the park, or there’s the Mt Teide Teleférico cablecar that takes visitors on an eight to 10-minute ride up part of the mountain. Make sure to stop in Vilaflor, Spain’s highest village, for a nice glass of white wine.

As one of the world’s 10 most active volcanoes, a trip to Mt Arenal is sure to be nothing short of exciting. The volcano rises 1,670m (5,480 ft.) above Lake Arenal and its surrounding jungle, making for an incredibly picturesque setting.

The town of La Fortuna is located just 6.4 km (4 miles) from Mt Arenal and its history is largely connected to the volcanoes activity. Make a visit La Fortuna and take a canyoning tour, where you’ll take a 4×4 ride into the forest and rappel down four waterfalls. Be sure to keep your eye out for the monkeys, sloths and parrots that live throughout the forest.